“The best time to plant a tree was 20 years ago. The second best time is now,” says the Chinese proverb.

Artist Shia Yih Yiing Planting dreams: in search of a good gardener, a project that combines artistic ecological research and collaborative artistic creation, best reflects the spirit of the proverb.

The Kuching, Sarawak-born artist shares her discoveries, including new works of art, at Rimbun Dahan, an art center located in Kuang, Selangor. They will be on display until January 23.

Shia’s latest solo exhibition features 35 works of art, two animated videos, and a paper chess set (with plants as chess pieces). It also captures the artist’s philosophical and environmental thoughts, with observations of changing landscapes and meditations on native species.

Throughout her 30-year career as an artist, Shia has portrayed the world around her through vivid visual stories, imaginative characters (portraits of family members and friends) juxtaposed with subjects within her. inspire. Her work explores themes of femininity, motherhood and is often imbued with a sense of play and metaphor.

the Plant dreams The exhibit reconnects with Mother Earth and its messages about nature’s healing process are timely.

The project began with a series of public workshops exploring the concept of the “tree of life”.

Thirteen workshops were organized between December 2020 and July 2021 (five on-site workshops / eight online workshops), with 125 participants on board.

“In these empowerment workshops, I used a plant branch that has roots, stems, leaves and flowers to represent a person. We looked at where it came from, what its strengths and weaknesses are … fundamentally, the workshop was designed to view individuals as gardeners in self-management throughout their lives ”, shares Shia, 55 years, in a recent interview. 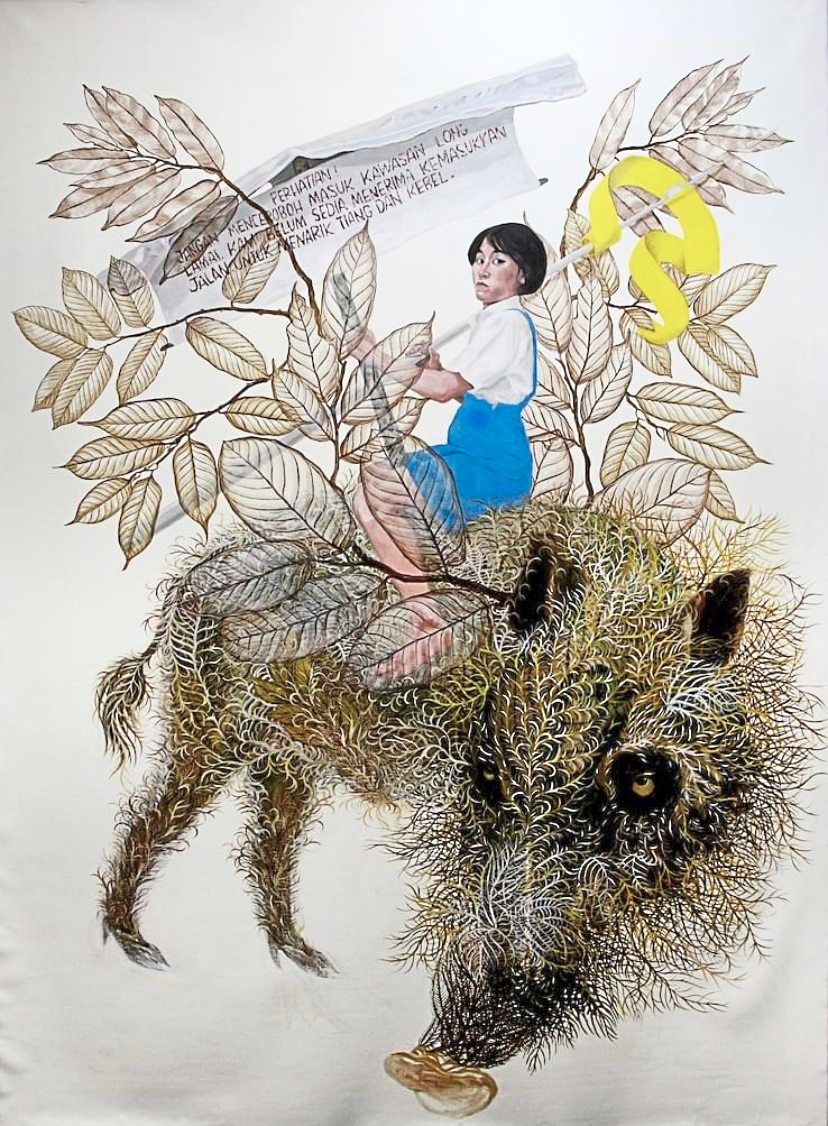 The participants’ drawings were then rendered as a 2D animated video, which is now part of the exhibit.

This was followed by a month-long residency in Rimbun Dahan in December 2020 where Shia conducted preliminary fieldwork and learned from Angela Hijjas (co-founder of Rimbun Dahan) and gardeners at the 5 garden. , 6 ha.

“Rimbun Dahan is important to me because it is a planted forest … almost 30 years old. So there are different levels of trees here. What I did was I followed Angela and watched what she was doing. How she collected the herbarium, how she created her database, the routes she took on her walks, ”recalls Shia.

The next phase of the Plant dreams The project consisted of studying the ecological and social realities of community life in rural Sarawak. The plan was to visit several villages in Sarawak and learn about useful and valuable plants from the villagers. 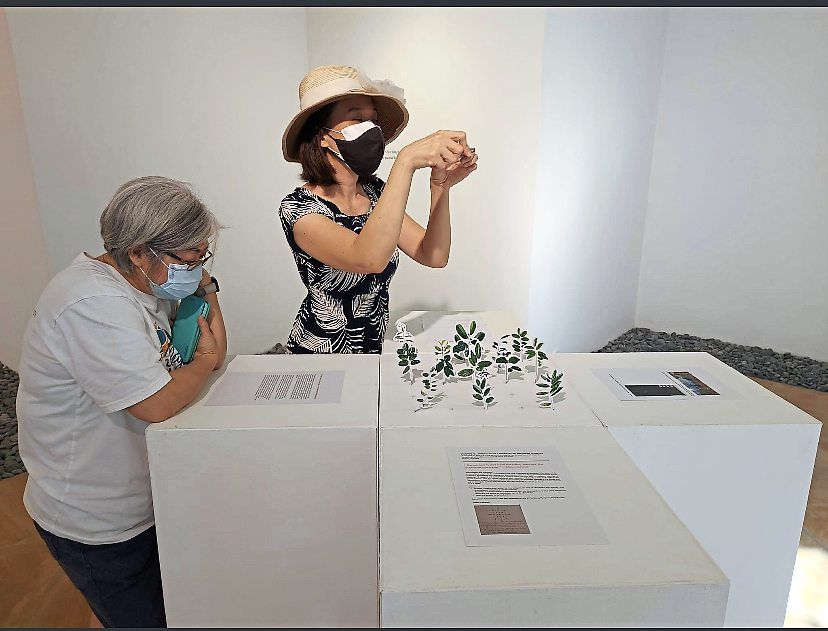 Visitors are encouraged to interact with some of the artist’s findings during the exhibition. Photo: Shia Yih Yiing

But the pandemic situation prevented the Shiites from traveling. Between May and July 2021, when travel restrictions were relaxed, the Shiites managed to carry out a series of short tours and day trips to the national parks and Bidayuh districts of Lundu, Bau and Padawan. She also spent time with the villagers of Kampung Nyegol at the Bengoh Dam to learn more about their reforestation efforts.

“I did some research to determine who was supporting this effort, which led me to a wild nursery. I contacted them to find out more about the species they planted. This reforestation site seemed ideal for my concept of a mini forest, ”explains Shia.

Unable to pursue his initial plans for Plant dreams, Shia decided to change her plan.

It was inspired by the “mini forest” method which was developed by the Japanese botanist Akira Miyawaki in the 1980s.

“He found that when you plant different trees together, they will conserve water and compete for light, which will make them grow much faster,” says Shia. 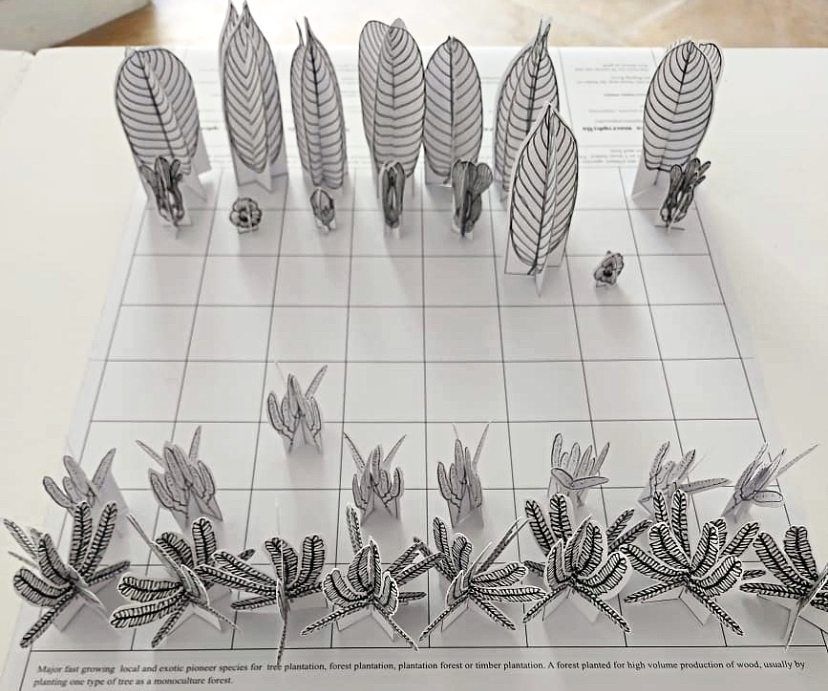 The idea was for 17 villagers from Kampung Nyegol to plant a sapling (four feeder species and 13 climax species) inside an allocated grid. Sadly, the country was confined again in August. With another project halted, Shia decided to pack her bags and returned to KL with her limited finds.

She started working on the new artwork at her home studio in Jinjang, Kepong (Kuala Lumpur) in the following months and applied for another residency at Rimbun Dahan in December of last year where she continued to work on the showcase.

During this time, Shia invented the paper chess game, an ingenious way to show the battle between native climax forest species and pioneer alien species of trees. Visitors are encouraged to play this game of chess to see how humans consume the forest.

After the Rimbun Dahan exhibit is over, Shia plans to convert the exhibit (digitally) and visit villages in Sarawak to collect plants, according to his original plan. 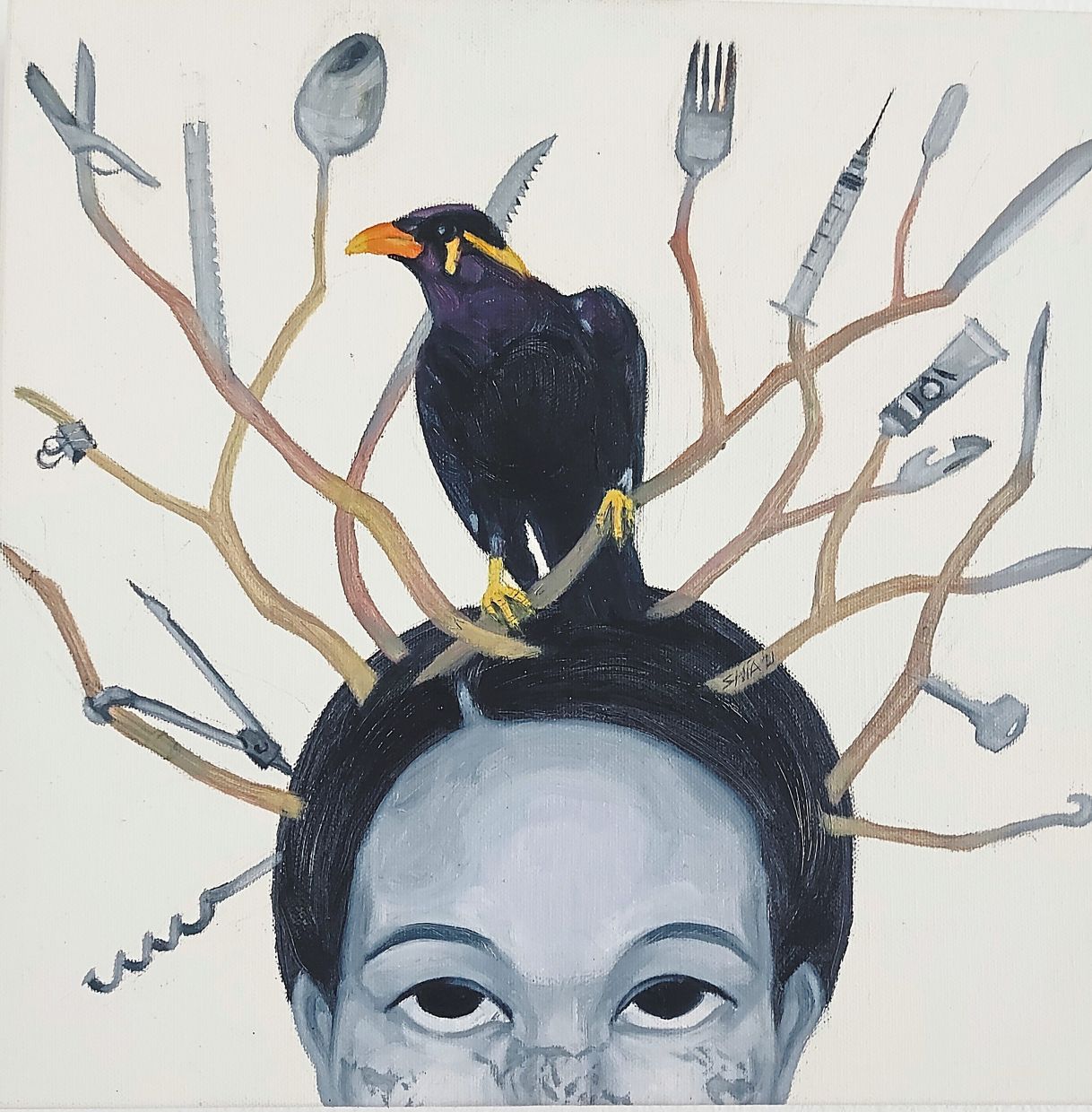 “Miss Nature V” by Shia Yih Yiing (oil on canvas, 2021), a work from her exhibition “Planting Dreams: In Search of a Good Gardener” at Rimbun Dahan in Selangor this month. Photo: Shia Yih Yiing

“I also plan to bring this mini forestry project to my neighborhood and collaborate with the people there. It’s a good starting point, ”she reveals.

Ultimately, for Shia, the purpose of her project is stated in the exhibition’s subtitle – in search of a good gardener.

“I want to inspire people to be not only the guardians of nature, but also those who can organize and nurture a better society. If a person is empowered, they can lead. If you can behave positively, you can influence others.

“It’s like a ripple effect. It starts with your family, then your community and then the whole nation,” Shia concludes.

Planting Dreams: Finding a Good Gardener takes place in Rimbun Dahan through January 23. Opening days: January 15 and 16 and January 22 and 23. All other days / hours by appointment only. Registration information here.

10 local drinks that prove mixology is an art