A 45-year-old woman found dead in a room at the Coolabah Motel in Townsville, North Queensland

Police are investigating the shock discovery of a woman found dead in a North Queensland motel room.

On Friday evening, officers were called to the Coolabah Motel in Townsville, where a 45-year-old woman was found dead at the scene.

Police have opened an investigation into the death.

The 45-year-old woman was found by police at the Coolabah Motel on Bowen Rd, Rosslea, in Townsville (pictured) around 7pm on Friday

“Inquests are ongoing to determine the circumstances of death, pending the results of an autopsy,” a police spokesperson told Daily Mail Australia.

A report will be prepared for the coroner. 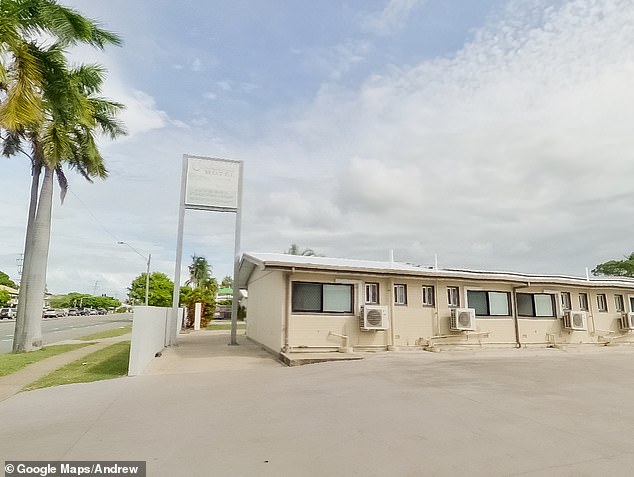 Inquests are ongoing to determine the circumstances of the death, police said (pictured, the Townsville motel)